Texas is Too Big for One Message to Work Statewide. You Have to Adjust for Your Audience 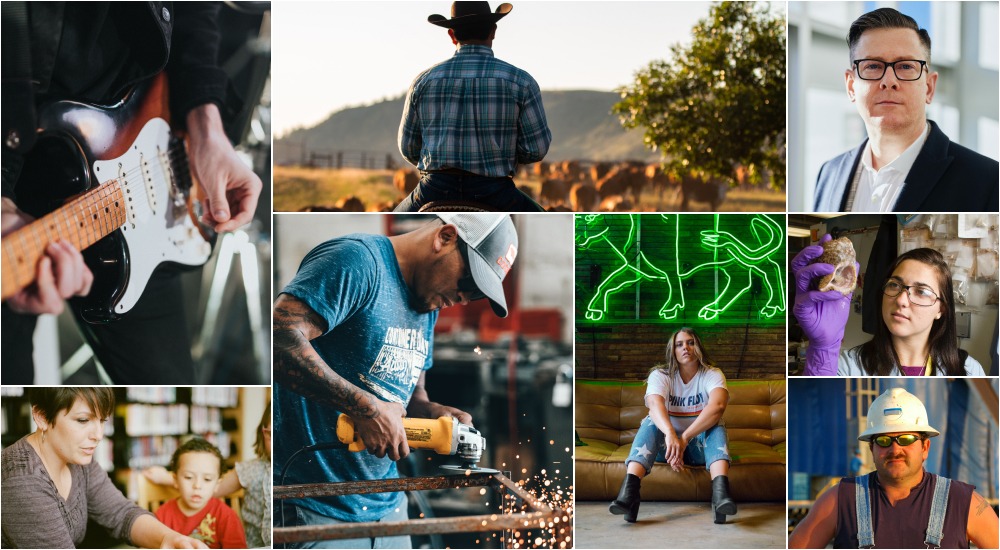 By Scott Dunaway and Travis Thomas

The vastness of Texas is matched only by its variation from city to city and region to region.

Industries, demographics, natural resources, politics and public opinion all vary depending on where you look in the Lone Star State.

In the far west, you’ve got a lot of oil and gas and beautiful desert. In the Panhandle it’s about cattle, cotton and wind turbines. In the Hill Country of Central Texas it’s high tech, government infrastructure, vineyards and microchips. On the Gulf Coast you’ll find fishing, farming, petrochemicals, ports and rocket launches.

The array of different and sometimes competing industries and business interests across the state is staggering. And it demands companies develop communication strategies tailored to address audiences with multiple interests and attitudes.

If you come here expecting success by blasting a singular message statewide, good luck. While it may resonate with some, it might also alienate those who otherwise may have been open to hearing what you have to say IF you knew how to talk to them. This is a challenge of scale, requiring in-depth familiarity with the people and places in a state that’s bigger than France.

Let’s look at some common mistakes companies make when trying to get their message across in Texas and steps you can take to make sure your communications are resonating with the right people, wherever they may be.

Each region and industry within Texas tends to operate within its own bubble, often unaware of or unconcerned about matters affecting others elsewhere.

It’s not uncommon to see an issue dominating the discussion in one market barely registering a blip in another. How much does Dallas know or care about the state of the space exploration industry in South Texas? Can people in Austin appreciate the challenges of Panhandle cattle ranchers? Do residents in rural Texas ever think about offshore wind farms?

With so many different and highly specialized industries scattered throughout the state, crafting a message that captures everyone is nearly impossible. But it’s incumbent upon companies to identify the geopolitical variations and adjust accordingly. You have to speak the local dialect even when the native language is the same.

Having a partner who understands how to navigate the nuances in every corner of Texas is essential to getting the right message to the right people.

Reaching Local Leaders and Influencers in Texas is Essential

Knowing who can help or hinder your campaign across regions and industries gives you a better chance of your issue gaining traction.

Who is the kingpin of the Piney Woods? Who looms large in Lubbock? Who holds the biggest sway in the smallest towns deep in the heart of Texas?

It’s not necessarily about having these players on speed dial (though it can be handy). It’s about anticipating how a regional power broker is likely to view your undertaking. If you can draw their attention to your issue and explain it in a relevant way, their support and influence can help build momentum.

Overlooking or underestimating the role of local movers and shakers can invite criticism or opposition that could have been avoided with targeted, tailored messaging or a little friendly outreach. Everyone deserves a conversation.

If you’re unfamiliar with a particular region in Texas or what matters within a certain segment of the Texas economy, you need a team that can deliver the details and the data.

At The Monument Group, we conduct a landscape assessment — a detailed analysis of the key figures, their positions, the opposition, the history of an issue and local priorities — to give companies a precise lay of the land before the start of any new initiative.

A landscape assessment also requires a thorough understanding of the area you’re targeting. You need researchers who can establish a baseline of knowledge and then go deeper.

Long before any campaign can begin, you need to know:

And you need a reliable field team with boots on the ground and shovels in hand so they can do the digging. The Monument Group has those local resources at its disposal.

Use Solid Information to Develop an Authentic Message

Texans can spot a phony a mile away. A message built on hard data and informed research is the best safeguard against skeptics.

Only after establishing a thorough understanding of your targeted locale can you begin formulating a communications strategy that serves your goals and meets your desired outcomes.

There may be several different paths to success, but the key is defining them and knowing how to get there. Understand how the local environment and its various coalitions can be leveraged or avoided.

How Different Parts of Texas Might View Renewable Energy

In Austin, you’d be free to talk openly, earnestly and enthusiastically about how wind or solar power can move the city closer to carbon zero. Go ahead and play up the environmental and health benefits of renewables. Talk about global warming and climate change.

But if you’re in the Permian Basin and you want to win support by touting a renewable energy project as a countermeasure to climate change? Completely tone deaf.

This doesn’t mean renewable energy is not a good project for both places. A successful campaign recognizes that, and acknowledges that there are different ways to talk to different communities about WHY the project would be a benefit for them.

Instead of raising the climate change angle with folks in West Texas, you’d have more than a fighting chance if you framed renewables around private property rights or explained that renewable contracts in the region are actually powering the oil and gas operations that drive their economy.

Just as some campaigns aren’t nationwide, not all Texas campaigns can – or should – be statewide. There are too many variables. Too many competing interests and ideals. Too much history. And possibly too expensive. Focus on areas that truly matter to the success or failure of an initiative or where making friends and telling your story makes the most sense.

And when there’s so much at stake in this state, knowing which parts of Texas will care about your message and which won’t is fundamental.

You can’t afford to make a misstep in Texas. Memories here are long. You need a proven partner who has seen it all and heard it all in every corner of the state (and yes, we have the key players on speed dial). Let’s talk.