Tough Battles Have Complicated Histories: The Pursuit of Casino Gaming and Sports Betting in Texas 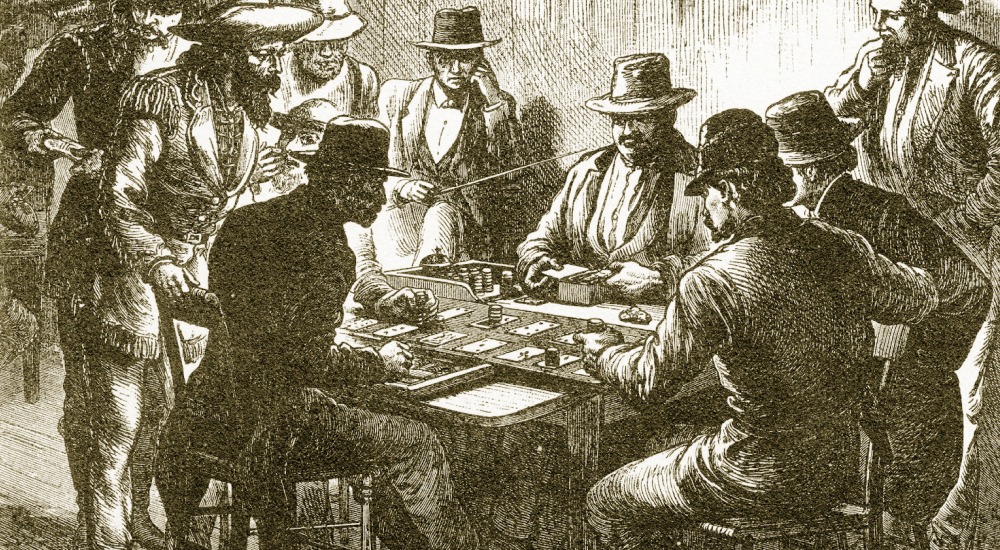 Texas has a long history of opposition to casino gaming and sports betting, but there are indications opposition may be eroding.

The reasons for the changes in attitude are numerous and complicated. But companies serious about making a play for casino gaming and sports betting in Texas must understand the history, the players, the politics, and how people’s opinions are evolving.

Making progress on a subject that has largely remained a third-rail political issue requires a communications strategy informed by an understanding of its history and prepared with tested messaging.

The winds of change are more of a gentle breeze in Texas. Recognizing the direction they’re blowing will take deeper insight than holding up a wet finger if you want to know how casino gaming and sports betting is going to play out.

Texas Has a History of Gaming, Just Not in Casinos

Texas, a conservative state with a large faith-based community, has long considered gambling a “vice,” so the prohibition on casinos followed suit.

Note: It’s important to define gaming and gambling because they are two different things. Gaming is participating in legal, state-sanctioned wagering. Gambling is betting in locations or on platforms where it remains illegal. Here we refer to casino gaming and sports betting as gaming collectively.

The widespread conservative sentiment in Texas hasn’t meant a total ban on all gaming of any type. In fact, if you look at gaming in the broadest sense, it’s been around for decades:

Additionally, Texas is surrounded by gaming. Plenty of major casinos reside just beyond our border where Texans can easily cross state lines and make their wagers. This isn’t by mistake. These facilities have aligned closely to major metro centers in Texas to reel in dice throwers who are just a short drive away. So, for practically as long as there has been a prohibition on casinos and sports betting in Texas, there has been widespread support for and participation in virtually every form of gaming.

Companies campaigning  to gain a gaming advantage in Texas must properly frame the issue in the broader context of its history, which has grown less prohibitive as time has gone by.

What’s more, religious objections have steadily lost ground to another core conservative value: individual liberty. Add to that free markets and job creation, and the political risk of supporting the legalization of gaming diminishes, even for conservative lawmakers. And remember the famous political escape hatch that comes along with gaming legislation: Legalization requires a vote of the people to amend the Texas Constitution, which allows elected officials to choose to “let the people decide” without taking an official position on the issue. That means you don’t have to convince legislators to support gaming, you just have to get them comfortable enough to not oppose giving their constituents the ability to vote on it.

You don’t have to spend more than 15 minutes watching football on weekends to encounter endless advertisements promoting online sports gaming apps: FanDuel, DraftKings, Caesars Sportsbook, PointsBet, WynnBet, the list goes on and on. Sports betting is nearly fully integrated into professional (and college sports) and even serves as a major point of conversation on every sports preview show from College Gameday to NFL on Fox.

Texans see those ads and hear those conversations too. And while perhaps no state is more enthusiastic about its collegiate and professional sports teams, nobody in Texas can (technically) legally place a wager on any of those games. Same for the proliferation of ads for online casinos where players can try their hand at poker, slot machines and more…with just a short drive to Lake Charles, Louisiana. Still a no-go in Texas.

But that level of exposure is highlighting a public trend toward a general expansion of gaming in Texas, depending on who you ask.

A recent poll from The Dallas Morning News and the University of Texas at Tyler shows that 57% of Texans support casino gambling in-state, and 43% say they support sports betting, with only 26% saying they oppose it.

So if we acknowledge there is common support for these changes, why isn’t the needle moving, and what does that mean for a company hoping for expanded gaming in Texas? It means Texas legislators aren’t yet worried about losing support among their constituents if they vote down gaming expansion legislation The article states it well: “Most voters, even those who like it, don’t care enough to push their lawmakers into putting a gambling referendum up for vote, where odds are it would pass. Gambling isn’t an issue that evokes passion from average residents.”

Companies hoping to change that dynamic should focus their efforts on the people, not the politicians. If you can get more people enthused about expanding gaming in Texas, you will raise the stakes for politicians.

Do You Know How to Talk to Texans About Expanding Gaming?

Texans are as steadfast in their beliefs as much as they are supportive of innovation and entrepreneurship. And they feel strongly about pulling oneself up by one’s own bootstraps.

Gaming straddles a delicate divide. We have already explained that it has been around in multiple forms for a long time. However, Texans aren’t generally fond of making a quick buck, getting a free ride or earning something for nothing — any of which could pertain to gaming.

That said, Texans are also big on individual liberty, free markets and personal property rights. And perhaps more importantly, Texans always have the right to change their minds. But they’ll do it at their own pace, thank you very much.

All of this is to say that you can sway a Texan to see things your way if you can clearly demonstrate why an issue matters to them.

Steps for Pursuing a Touchy Topic in a Texas

None of this should be construed as taking a position for or against expanded gaming in Texas. Instead, it’s an approach that could be taken with virtually any initiative that has potential to invite controversy, stir up emotions or generate enthusiasm.

What is instructive about the gaming issue can just as easily be applied to:

Here are some ways you can approach a sensitive subject like these:

Whatever you’re pursuing in Texas, you need to know what your vulnerabilities are. Know your blindspots, your weaknesses and how opponents may seek to discredit you. It’s about conducting opposition research on yourself: previous statements, messaging, any public missteps, open records and the historical context. You need to take a hard look at yourself before anyone else does.

We are fond of saying that you need to make friends before you need them in Texas. That’s what makes coalition building so effective. We’re talking about establishing meaningful relationships and connections with organizations that have a stake in an issue and an influential voice to boot. If you can identify a group of people or individuals who are sympathetic to your cause — long before you need them to speak on your behalf or on behalf of an mutually beneficial issue — you need to work with them to establish a level of credibility and generate support for your initiative.

The Texas media landscape is splintered and evolving. It’s also dwindling. Newsrooms are hemorrhaging staff, and those left behind are busier than ever. You need to develop quality connections with reporters and editors and help them to understand your initiative inside and out. That means providing them with the information they need to produce the best, most informative news items they can. If you can become a resource for them (especially if you don’t need something), they’ll come to appreciate and trust you even more.

The Texas Legislature meets for just 140 days every two years. During that period, lawmakers consider a relatively small number of proposals, so your window of opportunity is exceedingly narrow. That means you need to be playing the long game well before the session begins. Appeal first to voters and use public sentiment to persuade their elected officials. If politicians see their constituents strongly supporting gaming expansion, they may change their tune. Even then the issue faces a long road: it still has to cross the governor’s desk and then go back to the voters to decide whether to amend the constitution, making a comprehensive strategy vitally important to succeed.

However you decide to proceed on the gaming expansion front in Texas, you need to bring your efforts together under the umbrella of an overarching communications strategy. That requires sophisticated coordination and consistent messaging across every department: from your CEO to legal and legislative affairs, marketing and communications, sales teams and customer service reps. It’s an enormous undertaking that can be made less daunting with an assist from an outside communications consultant.

If You Want to Be Part of Gaming in Texas, Make Smart Bets

The odds of gaming expansion in Texas may still be long, but the chances of it happening appear better than they have been in a while. As gaming grows in popularity across the nation, a state of 30 million will continue to be a priority for casino and sports betting interests with deep pockets.

The smart money is on having a clear strategy for if and when your company is positioned to make a wager.

If you want to hear more about how The Monument Group can advise your company on its gaming expansion ambitions or other matters, let’s talk.